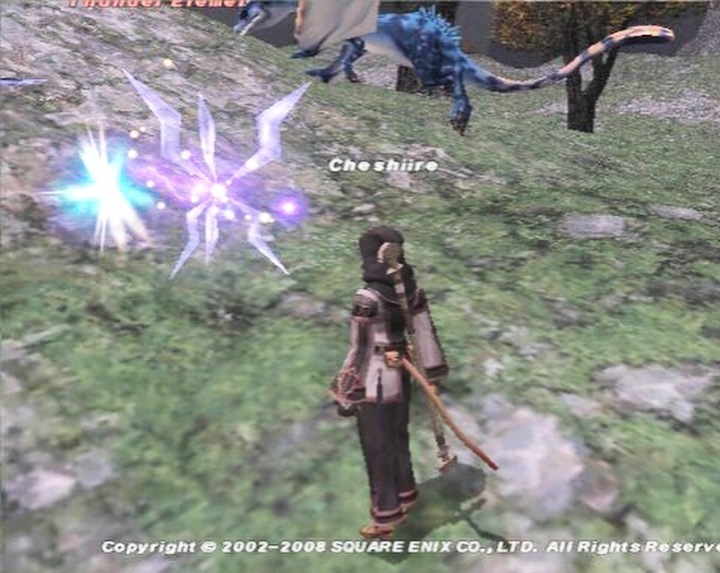 I started playing Final Fantasy XI back in 2004; I knew what “Final Fantasy” was I just didn’t care much for it. I’ve played video games since Nintendo and Duck Hunt and I’ve always been attracted to the shorter Mario games or DDR or fighting games.

But RPG’s? Things that required me to invest time?

I was dating a guy at the time who was heavy into all kinds of games. And I was one of those girlfriend’s who didn’t exactly complain when they’d spend 16hrs on a game but I just didn’t understand why either. So one day he shows this emote TaruTaru’s had on FFXI that was /panic and I fell in love! I thought it was the cutest thing ever!

My first character on a Final Fantasy MMO was a girl Taru named Ihiphop. I ended up so much more invested in the game I ended up signing up for my own account. I recreated her as Ihiiphop and a boy since my bf at the time only played female characters and you’re able to get married in game but it had to be a boy and a girl (FFXI didn’t support same sex marriage at the time). Over the span of about 8 years Ihiiphop did his White Mage thing until I decided I wanted to be a cat girl and so Cheshiire was created as a Monk.

I ended up quitting FFXI because life got busy and all my friends started quitting. Eight years is a pretty good run anyway.

I won’t lie, there are a lot of times I miss FFXI so much and my friends — I still keep in contact with some but I’ve lost touch with lots of others.

END_OF_DOCUMENT_TOKEN_TO_BE_REPLACED 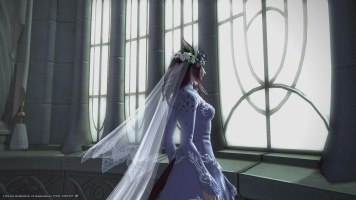 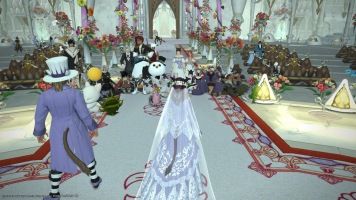 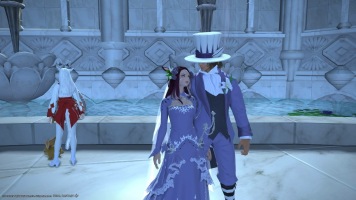 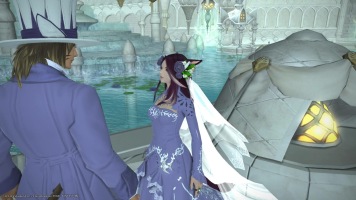 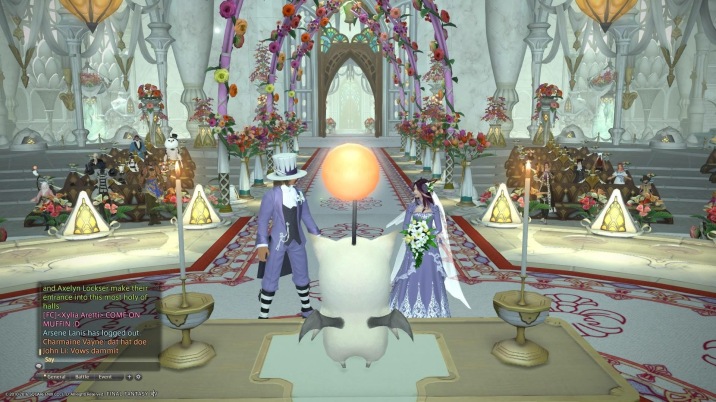 Two years ago I married my best friend in a different world.

I can’t believe it’s been two whole years since then! Time truly does fly when you’re having fun, I guess. Because it definitely doesn’t feel like two years. It feels like we just got married. But thinking of the span of time from this day to today and everything that has happened between is crazy.

I’m thankful for this moment. For this day. For the friends that were once family and though they’re not anymore I still keep these memories close to me. I’m thankful for the man by my side who did everything in his power to be there for me — a random girl he met on a video game states away and how he never left my side.

I definitely didn’t know what I was getting into when I decided to say yes to Sir Penny’puss. 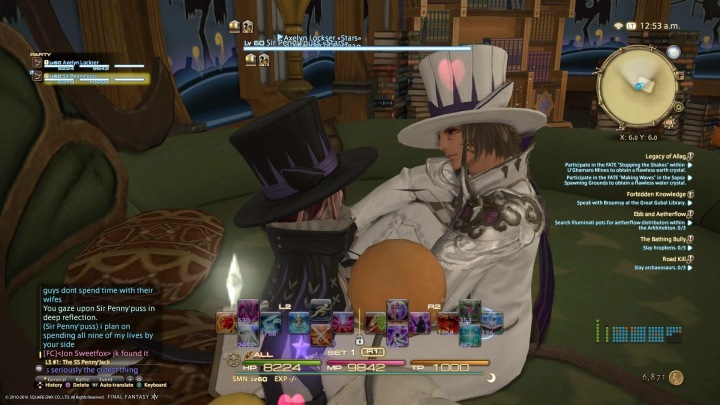 This boy with his smooth lines, sexy catboi and his sexy glamours who for the last two years since we became friends had made sure that I go to sleep every single night with a smile on my face. Who’s never taken his eyes or his attention off of me.

(Don’t worry, my hotbar doesn’t look like that anymore)

END_OF_DOCUMENT_TOKEN_TO_BE_REPLACED 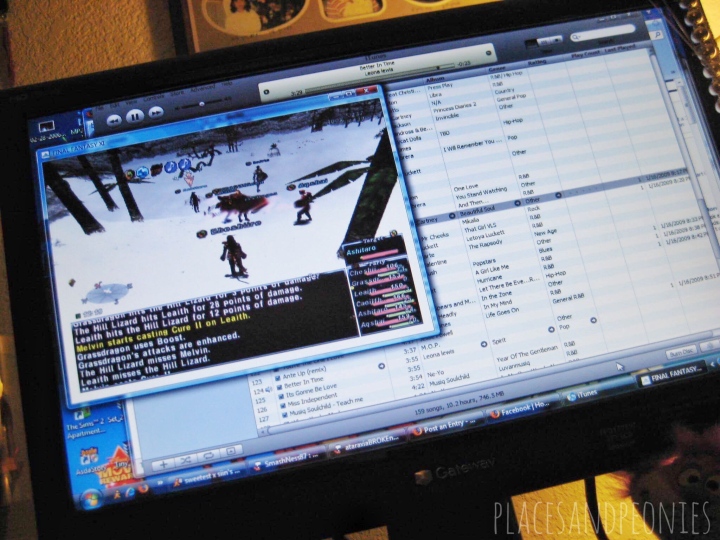 I’ve always been a bit of a loner and when I was younger this use to really really bother me; not feeling enough. Being that friend that just wasn’t enough: Not popular enough, not pretty enough, not interesting enough, not socialable enough… and often times my long time friends would ditch me and completely cold shoulder me once they jumped into a new group of better and cooler friends.

There are literally a handful of people who have stuck by me my whole life and who are still some of my most dearest friends today.

As I got older, I started to care less about fitting in and cared more about writing. About making time to play video games (I was really into the DDR scene in high school). About working to fund these DDR events. I cared more about being different, about standing out and I cared way less about what anyone thought about me.

I’ve always dealt with depression, at least since I was 13 and I had really bad anger issues at 16. The two mixed together always turned into an epic disaster.

END_OF_DOCUMENT_TOKEN_TO_BE_REPLACED

I was inspired to finally write about what happened to me about 2 years ago on FFXIV because of and entry I stumbled on from The Girly Geek Blog. I also posted this on pxahxj and though I didn’t want this to be my first blog post here, I figured I would post it here as well.

Preface: I played FFXI from 2004 – 2012 before hopping on FFXIV when it first came out in 2010 then when it crashed and went to shit they remade the entire game in 2013 called Final Fantasy XIV: A Realm Reborn (lololol we had hoped that shit was reborn) to which I jumped on the beta for.

So me and Square Enix, we’ve got a very long history man.

I ironically didn’t jump on FFXIV again until April of 2015 and I’ve been playing it ever since. Through the few years I’ve been here it’s been.. an experience. Nothing like the mellow FFXI life I had. Literally. Nothing. Fuckin. Like. That.

There are a million stories out there and especially if you have a character Instagram, people are READY to call out the newest fuckboi in the FFXIV community. You can say we’re pretty tight. Most of us anyway. Though you never know who’ll betray you first. But like I said, there are a million and one fucked up stories swirling around and I’m here to share mine.

When I jumped on in 2015 it was because I had suggested to my bf at the time (he went by “Chan”) we should play together. We were trying to find games to play/stream together and he asked me what my favorite game was and I mentioned this, so we jumped on.

We started on Cactaur and stayed there for about a year before he got tired of the “emptyness” and so he decided we switch to Siren. 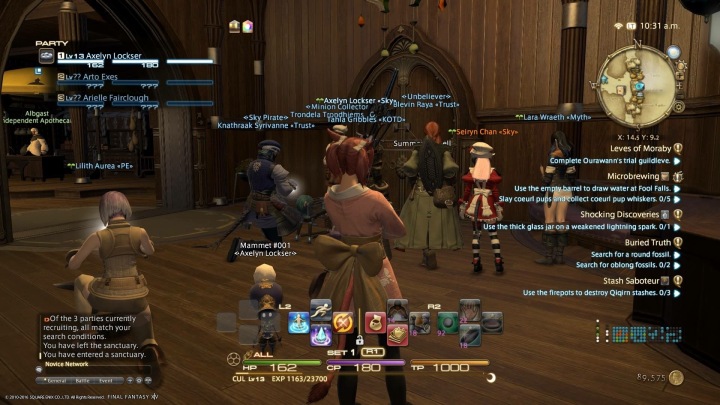 We ended up very quickly in a Free Company (a guild if you will) which name I now can’t really remember but known as Sky.

END_OF_DOCUMENT_TOKEN_TO_BE_REPLACED 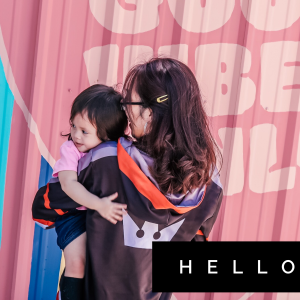 I’m a lover of words and magic. Preferably pixie dust.

Formally known as Places & Peonies, I figured 2021 we needed a change.

So here we are; back at my roots.

Join me in daring adventures through motherhood, the various things I love and while remembering to think of the happiest thoughts.